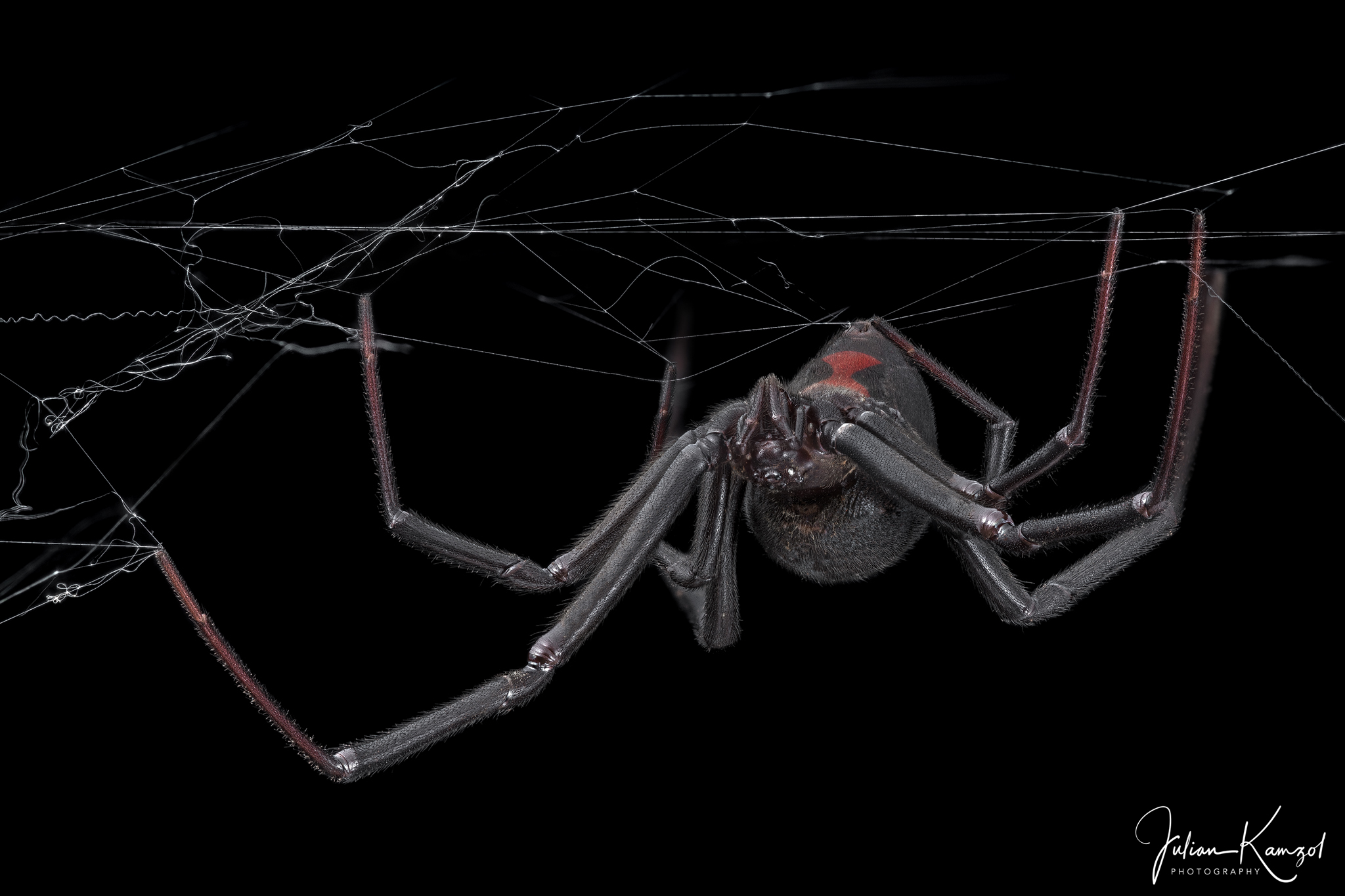 I received this black widow a couple months ago, she came here with a car import from the US and I adopted her. I had this exact image in mind for a couple days but getting it wasn’t that easy. So far she dropped multiple egg sacs… 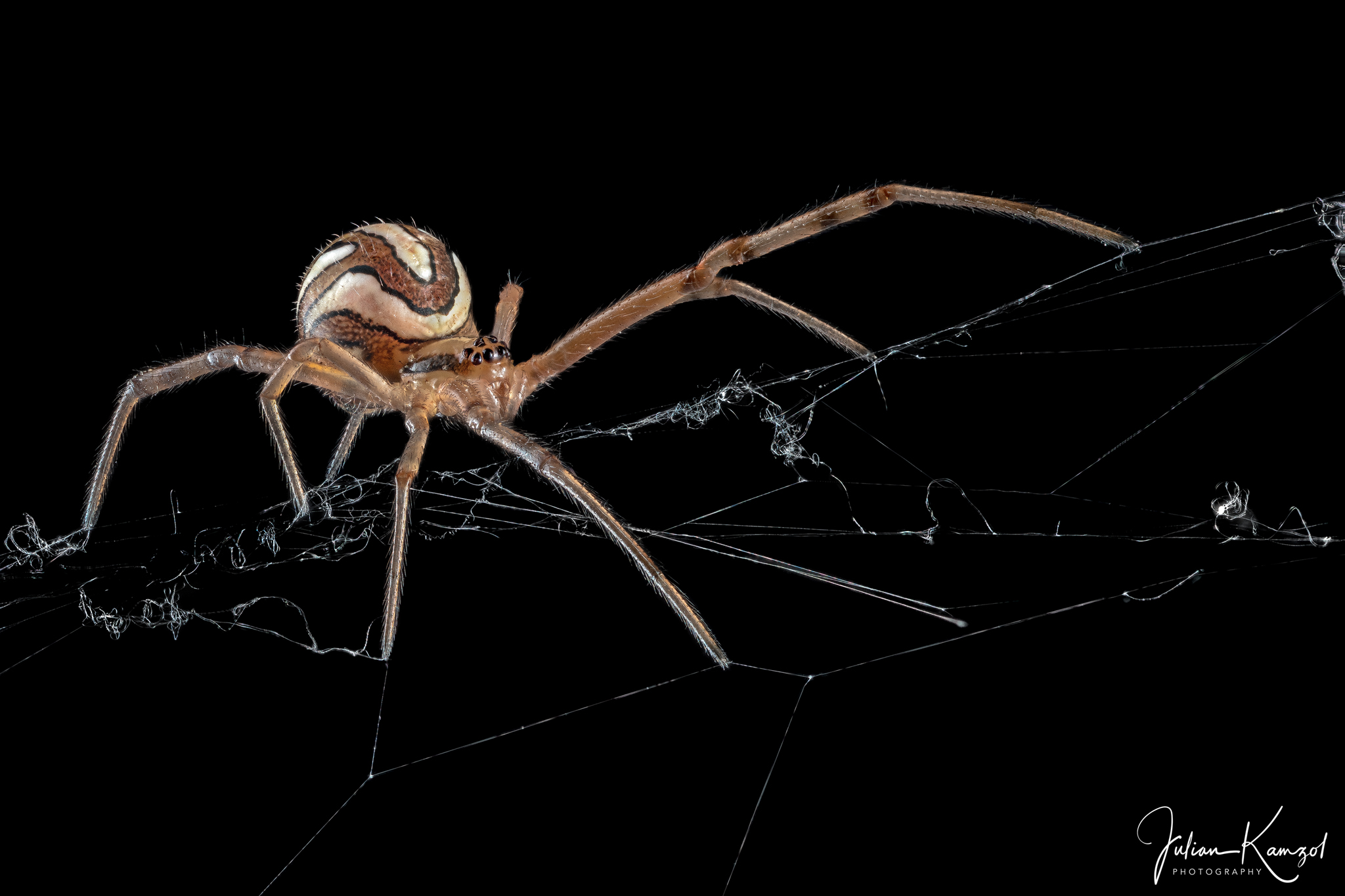 Here we have one of the bigger juveniles from my black widow’s offspring. Juvenile widows are brighter colored, with streaks and marks. The little widow on the image has a body length of around 1 cm with legs.

A close up of the widows face. Nothing unusual: The tiny mite on the chelicerae.